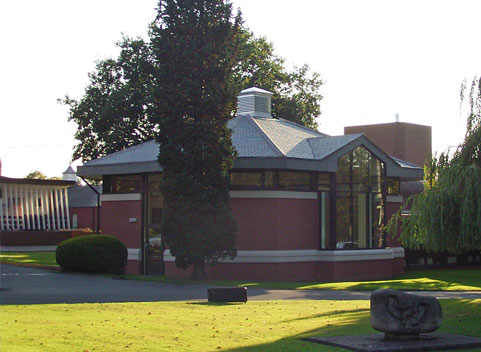 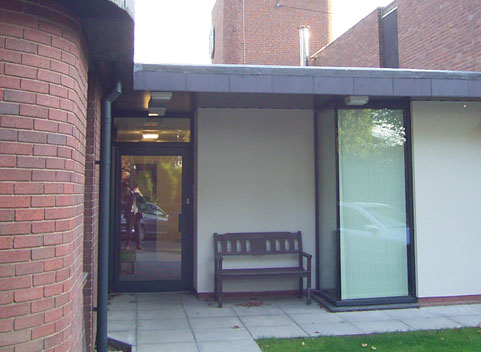 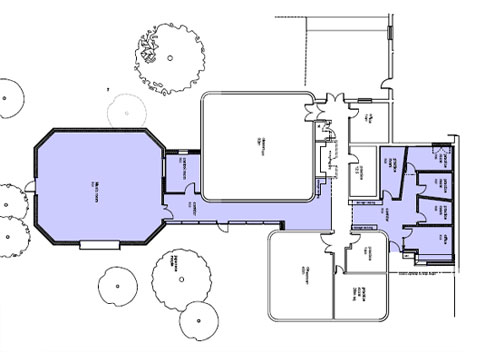 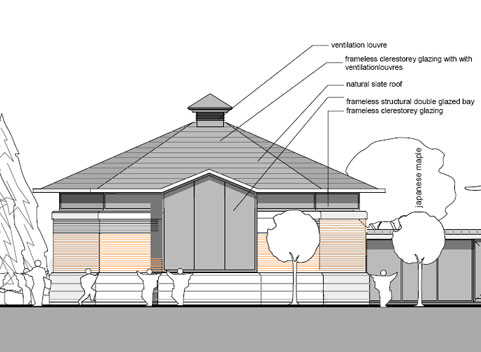 The brief for this project was to extend the existing Music Department to provide a third large music teaching space, four practice rooms, an office, circulation space and improved storage. The teaching space was required to be large enough to cater for small performances with an adjoining control room for recording purposes. The existing department was constructed in the 1970’s in two phases and consists of two large distinctive brick volumes containing the main teaching areas connected by much lower circulation and storage spaces.

These existing buildings have a strong personality and sit amongst mature trees in a small parkland setting at the main entrance to the school site.

Adjacent is the listed Big School as it is known which is the imposing listed original school building built in a brick early Tudor style in 1875 and including a large central gatehouse which is the main entrance. The design approach was to respect the existing buildings and retain the impact of the two large music department buildings.

A study of the existing plan led to a decision to echo the two large volumes with a third containing the major new music room and to connect the buildings with the ancillary and circulation spaces keeping them as low and transparent as possible.
A particular debate took place – around the design approach to the three dimensional treatment of the additional third larger volume.

Detailed discussions took place with the Conservation and Planning Officers and it was agreed that this new volume should be used to provide a clear statement which would visually turn the corner whilst punctuating the entrance and forming a gateway to the site. This was achieved by increasing the volume of the space and using materials such as brick, stone, lead and slate to reflect both the modern buildings directly alongside and the listed building adjacent.